Follow best practices if you want to get the best value for your company.

September is a great time to take a fresh look at your business.  You have August financial results and, hopefully, a few minutes to breathe before ramping back up for fall and snow.   Given those results, some owners have made a “resolution” to clean up some things or improve others as they work to finish the year in a strong position.  Sounds great, right?

Well, it would be if all owners making changes stay true to their best practices.  Making changes in a haphazard fashion can leave you with bigger problems than the ones you are trying to correct. Here’s an example from this week’s “what not to do…”

Do NOT terminate a senior leader in the company without some thought about communication.

This real company abruptly fired a senior-level manager on a Tuesday morning when there were plenty of people in the office.  Even though he was probably expecting it to happen at some point, since he has been “working from home” while remodeling his house all summer, the problem wasn’t what was done but HOW it was done.

First, he was surprised to be called on that day for that reason.  Based on the lack of preparation, the owner and his HR clerk were also surprised, since they had made no preparation.  There was no final paycheck, no accounting for commissions and bonuses due, no checklist for termination that would include all the processes and procedures for turning in company property, changing passwords or forms. He didn’t come in that day knowing he would need to turn in his truck, his cell phone and his computer.

After he got the word in a 10-minute meeting, he left.  He left in his company truck, with his office keys, his company cell phone, his company computer was at his house and his company credit cards were not taken.  Further, he had several client files, including architectural plans, vendor selections, etc., that hadn’t been entered yet into the project management software.  Despite this, someone decided to kill his cell phone immediately. Unfortunately, this was while he was driving and explaining some project details to the person who would be taking over the largest accounts. This sent a bad message through the ranks and the message spread without the terminated guy saying a word.

That bad message was reinforced by the fact that no one in management ever explained that a senior person had left the company.  The communication didn’t have to explain what happened, but it would have been helpful for morale, not to mention client retention, to send one of those emails out to the effect that “John has left the company effective September 14, and we wish him all the best in his future endeavors.”  Therefore, subcontractors, clients, vendors and employees have all been trying to reach him and didn’t know he was gone.  You know how it is, in the absence of facts, everyone starts thinking the worst.

By now his peers and associates at work have heard his side of the story and, as you can imagine, he isn’t clarifying for them that he has been expecting this and has been so unmotivated all summer that he basically spent three months working on home remodeling projects.  (That’s another example of what not to do.)

In the meantime, another person at his level has decided that the way this was handled, together with some other questionable actions and corresponding lack of communication makes him think that this company is unstable and untrustworthy.  In two days, he had called the recruiter that has been after him for the last 18 months to make a switch.  He had a better offer in a day, and he accepted it by the end of the week.  He decided that the larger competitor has people at his level (and ownership) that he trusts.

Sure, everyone will survive and live to another day.  But I ask you, is this any way to handle things?

In this day of super competition for top talent, would you want to ding your reputation as a great place to work for lack of a few easily handled best practices?  Word gets around in an industry that you terminate good people with no notice, that you don’t pay bonuses to terminated people, that you don’t pay your subs, or worse.  In fact, this might really be a super company, but they are missing opportunities that are easy to fix.  I would recommend that this company needs some coaching from Harvester Steve Cesare on best practices in these areas.

Believe me, if this were a company coming up for sale, dings to the morale like this can be a cumulative negative.  The symptoms are high levels of turnover and disconnected employees who don’t trust the company.  They won’t be as willing to invest in the future of the company with their highest and best if they don’t think they will get a fair deal. Ultimately, that will turn up in the way they deal with customers.  It’s a slippery slope.

Hopefully, you and your company have no such problems and your employees would give you a stellar review in the HR due diligence portion of the sale of your company to an internal or external buyer.  If you’d like to further discuss your goals for exiting the company and how you can prepare to achieve them, or if you are actively thinking about buying or selling your business, let’s have a conversation.  We also help you determine your readiness for sale, selling, or buying a company, or help with an existing acquisition.

We’re here to help you Harvest Your Potential! 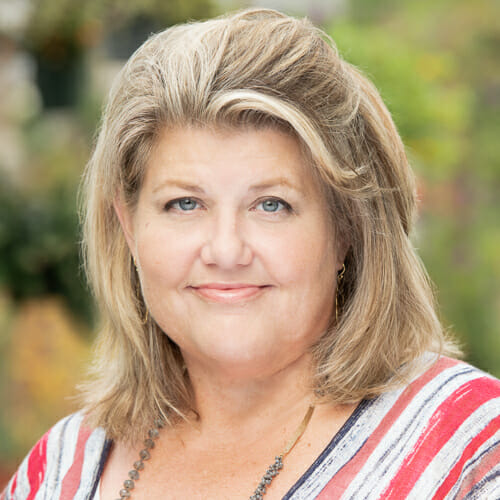 has more than 25 years of experience in strategy, operations, mergers and acquisitions and delivering business-to-business client solutions. Her areas of expertise include managing operations for profitable growth, organizational design and strategy activation. She brings a wealth of experience through her work in evaluating, valuing and purchasing over 30 companies, leading company-wide cultural and business integration projects and consolidating best practices among business processes and corresponding computing systems. Read Full Bio