A business owner from Massachusetts called me the other day, and requested guidance about how to handle a problem employee. The owner told me that one of her female managers just complained to her that a male manager aggressively confronted her and used extreme profanity toward her, to the point she became fearful. The owner told me the male manager has a documented history of anger management, is prone to depression, and had a difficult upbringing. Furthermore, the owner informed me that the male manager is a top performer, is too valuable to the company to lose, and that he is under a lot of stress due to the high-workload the company is experiencing as a result of severe understaffing. Moreover, in previous conversations between the male manager and owner, the male manager “told” the owner that if he is ever “forced” to the leave the company, he will take multiple employees and key clients with him. In response, I told the owner that those aspects related to the male manager are tangential to the issue at hand, and that she should focus only on the manager’s behavior, not extenuating circumstances.

Given the potential for a hostile work environment claim, as well as potential violence in the workplace, I asked the owner the standard questions: Does the company have Employment Practices Liability Insurance, does the company have a signed Employee Handbook Agreement from the male manager, and is there any previous documentation in the male manager’s personnel folder? She also confirmed that she had conducted an investigation with the relevant participants, which confirmed the aforementioned facts.

As a matter of standard practice, I explained to the owner that the ultimate decision is hers to make, and that her decision would establish a clear and documented precedent for her company going forward. That point being said, based upon his past actions coupled with the admission of the events gleaned from the investigation, as well the severity of this current incident, underscored by the potential risk to other employees, the owner, and the company, I recommended immediate termination.

Based upon current business demands and the male manager’s longevity with the company, the owner was extremely reluctant to terminate him, and instead sought a coaching-based solution. Rather than engaging in the standard non-directional coaching meeting, I told her to employ the ABCD model with the male employee to try and improve his future actions: 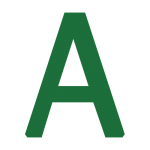 Get the employee to reveal the drivers (e.g., emotions, thoughts, events) that preceded the action. This allows the owner/coach to understand potential rational or irrational causes that led the employee to act in a certain manner. 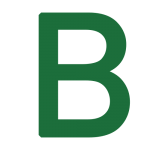 Describe the actual behavior that the employee demonstrated (e.g., emotional outburst, pointing a finger in the face of the female manager, using profanity). 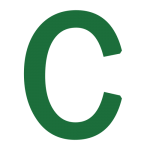 Get the employee to recount the objective outcome of his actions, and then have the employee evaluate that outcome as being desirable or not, relative to the situational context. 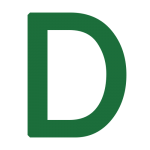 Given that the employee has now reviewed the entire sequence, including its outcome, In objective terms, does the employee think he should have done some other behavior that could
have produced a more positive result? If so, what would that different behavior have been?

While I reiterated my original position for termination, premised on the threat likelihood this employee has to the workforce, the culture, and the company itself, the owner was pleased with the structure of the ABCD method and expressed confidence that she would be able to reconcile the working relationship between the female manager and male manager, as well as the male manager’s ability to be more aware of his decision-making process in the future.

I hope she was right.

If you have any questions regarding the above-mentioned content or any other human resources topic, simply call me at (760) 685-3800.